On November 14th, 2013 during testimony to the Senate Banking committee, Senator Dean Heller (R., Nev.) asked Fed vice Chairwoman Janet Yellen if she understood what drove the price of gold up in the market.  It was the same question he asked Ben Bernanke in his testimony on July 18th earlier this year.  In both cases, the answer given was an unequivocal dodge.  Chairman Bernanke’s answer ended with the following statement, “…nobody really understands gold prices and I don’t pretend to understand them either.”  Janet Yellen provided a equally anecdotal, but non-informative overview, saying “I haven’t seen a lot of models that are successful in predicting the price of gold” and, just as Bernanke did, attributed gold price increases to people being fearful saying “gold prices do rise when investors worry about financial catastrophe and tail risks in the economy.”

Most often when explanations are oversimplified, they become meaningless or more likely simply wrong.  As a financial historian, surely Ben Bernanke has a very good understanding of what drives the price of gold.  Even Pedro, the ever present welcoming committee of travelers along Intersate-95 as you enter the state of South Carolina, most likely has a good idea what drives the price of gold.  Why?  Because, the commodity most correlated to the value of gold over time is refined to power the automobiles parked at his feet in the picture below. 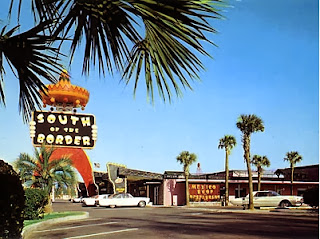 The 1960s and 1970s are the poster child of inflation gone awry.  Government spending during this time period grew at an above average historical rate, on average 10.6% per year during the decade of 1970.  Why did inflation become such a problem in this period?

Oil Supportive of Higher Stocks - For How Long?

Bubbles, bubbles everywhere – except in the oil market?

Crude oil opened on November 4th, 2013 at a four month low.  By comparison, the S&P 500 (SPY) just completed the month of October up 4.2% over the previous four months, and 24.4% year over year. The DOW (DOW) posted similar gains.  The stock market has been handily beating the oil on a return basis recently.  The tranquil activity in the oil market has transpired during the biggest conventional quantitative easing program ever undertaken by the Federal Reserve – the $1T Treasury and MBS purchase program launched at the beginning of 2013.

Is the crude down, stocks up, QE up scenario a good sign for stock investors, or just the calm before the storm like the tide receding before a tsunami?
Read more »
Posted by Financial Market Vigilante at 6:22 AM No comments: